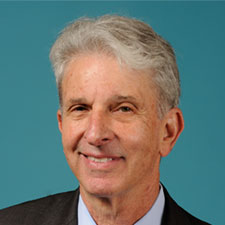 Michael Goldman is an attorney who resides in Potomac, Maryland. He is the managing partner with Silverberg Goldman, PLLC, a Washington, DC-based law firm that specializes in transportation law.

Mr. Goldman has practiced in this area for 30 plus years. He represents U.S. airports, U.S. and foreign airlines, and aircraft/drone manufacturers in regulatory matters before the DOT, FAA and DHS; antitrust/competition law issues before DOJ and DOT; international civil aviation negotiations between the U.S. and foreign countries; aviation related matters before the Congress; and litigation in state and federal courts.

Outside his law practice, Mr. Goldman was appointed by the Maryland Governor in 2013 to serve as one of the 8 voting Directors that run the Washington Metropolitan Area Transit Authority (WMATA), a regional authority that operates the Washington, DC-area Metrorail and Metrobus systems. Mr. Goldman currently serves as the Vice-Chair of the Board and Chair of its Safety & Operations Committee. He previously served as chair of the Board’s Finance Committee (2015-17). Mr. Goldman also serves on the Board and Executive Committee of the American Public Transportation Association (APTA), the trade association for public transit authorities.

Mr. Goldman is currently an active member of the District of Columbia Bar, the American Bar Association sections on antitrust and administration law, and the Forum on Air & Space Law. He also is a member of the Aero Club and International Aviation Club in Washington, DC.

Mr. Goldman holds a J.D. from Harvard Law School and a B.A. from Temple University.