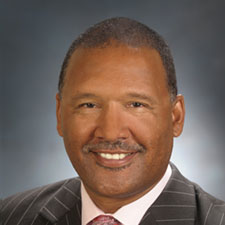 Prior to joining Pepco, Mr. Graham played soccer professionally for the Jacksonville Tea Men and served as Goalkeeper Coach at Georgetown University for 20 years. In 2018, he was inducted into the St. John’s College High School Athletic Hall of Fame. In 1988 and 2014, he was inducted into the University of Tampa Athletic Hall of Fame. Mr. Graham has a bachelor’s degree in business administration from the University of Tampa. In 2005, he completed the Senior Executive Leadership Certificate Program at Georgetown University. Mr. Graham is an avid golfer and has two adult sons, Jordan and Jeffrey.